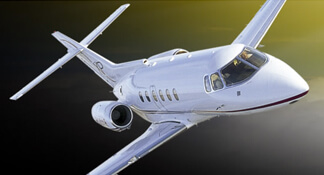 Standard Aero’s success can be linked in part to its data capture and control unit that has set an industry standard in successful barcoding applications.

Recently, Canada’s largest independent aircraft engine and accessory repair and overhaul facility overhauled its manual time and attendance system to feature barcoding. At the company’s main facility in Winnipeg, Canada, each of the 700 employees–from the president down to the shop workers–was issued an ID card with a Code 39 bar code printed on the front that operators use to log time spent on jobs. On the back of the card is a magnetic stripe for security- controlled door access.

Before the company installed the LINX terminals, the employees filled out a manual time sheet, accounting for shift time, then handed the time sheet to the office where a labor entry clerk entered the data into a Hewlett-Packard 3000 mainframe computer.

“This was yesterday’s time they were entering, so our records were a day behind,” says George Goold, director of MIS for Standard Aero.

The Auto ID system not only improved the time response but the data accuracy. “The accuracy now with bar code shop orders is close to 99%,” Goold says. “Every time an operator logs on, he is forcing the system to be up to date.

“The biggest benefit is that we can now do proper, competitive analysis of time going against jobs. Our quotes now are more competitive because we know the actual cost of doing a job.”

APPLICATION-ORIENTED DATA COLLECTION
“When the company wanted to upgrade from a manual system to a complete bar coding system, the LINX terminal was ideal for its needs,” says Vince Panacci, product manager, who consulted on the project.

“What sold this system is that it is a direct link to a Hewlett-Packard 3000,” Panacci says. “In other words, the company is using its existing mainframe software and using the LINX to upload the data collection portion from the shop floor.

“Because the terminals are intelligent, you can program them for different transactions. We try to offload as much as possible from the mainframe to the LINX terminal. All the prompting and field validation can be done through terminals.”

“Secondly, with real time the company can get a response on the floor at the moment needed,” says Software Manager Jack Art. “The information would not have to go through night batch code testing, but rather directly off the database so the information they receive would be timely and accurate.”

“The third selling point,” says Panacci, “was redundancy in the system which features a fault-tolerant network and memory that senses that the host is down and to collect the data and upload it once the host is back up.”

FAULT TOLERANCE NEEDED
Because Standard Aero has a 24-hour shop, fault-tolerant configurations are essential. In addition the company is located in Western Canada, where prairie storms often occur, which can cause power failures. As a result, the company needed to ensure the data would not get lost and would be retained in the network.

At the time that an operator processes any transaction, the computers verify that the sequence is logging onto is the current sequence on the system before accepting that transaction. “If it is not, we don’t allow him to log on,” says Ed Ferbers, and industrial engineer for Standard Aero. “So there is two-way feedback. The operators not only are giving information to the system, but they are being told what the current sequence is, etc.”

“This way we can know at any given time exactly where a unit is as far as stage of completion in order to physically find that unit and in order to bill as quickly as possible,” Goold says. “Now we have a much more accurate picture of what our actual times are because employees are forced to process a transaction at the time they change jobs.”

MENU-DRIVEN CONFIGURATIONS
The terminal conforms to a particular application environment through a series of menus. At Standard Aero, LINX’s BARCON programming language runs in each reader, but the company developed 25 tailored bar code menus as well for specific job tasks to make the system easier for the shop floor user.

For example, in a small area where workers receive a part and do one or two operations on it, only those three functions are included on a menu. In reworks, the menus keep track of machine usage, so the company can do capacity planning on the equipment.

“We have different menus in particular areas, but the same program runs on both readers, ” Goold says. “Even though we have 70 readers, everything works through one port on the HP3000.”

DATA FLOW IN THE NETWORK
This is how the network works:

THE ALTERNATE MASTER
One of the biggest advantages of the network is its fault-tolerant configurations, which ensure that no data is lost on the network since every terminal holds its collected data until acceptance by the host computer is verified.

In addition to collecting data, the terminal can function as an alternate master. This is established using the terminal keypad during the terminal installation and setup phase. Although this station will have a direct path to the host system, it will not directly talk to the host as long as the master station maintains the network activity.

Once the failed master resumes operation, it will automatically resume its network control task and the alternate master will return to its original monitoring role.

THE ALTERNATE SUB-MASTER
The network activities of a sub-maser are identical to a master, except that it controls a tributary and connects to the backbone through another terminal which has network responsibilities as a concentrator.

FUTURE APPLICATIONS
Once Standard Aero personnel master this system, it will address not only today’s needs, but tomorrow’s.

“In the future, we are looking at electronic inspection, in which our quality inspectors use an electronic ID card instead of stamping the shop orders for approval,” Goold says. “We are also looking at inventory control and electronically bar coding batch numbers.”

With current and future applications, time accounting, job costing, labor scheduling, machine monitoring, access control and quality control will be “linxed” to the company’s existing network to do it all.