When Were Barcodes Invented? 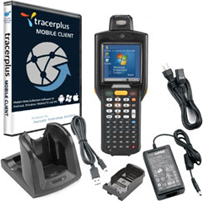 While it may seem like barcodes have been with us forever, they didn’t really make an impact until the 1970’s. It wasn’t until 1974 that the first barcode scanner was employed and the first product barcoded.

But the idea had been around for quite a while. In 1932, Wallace Flint suggested that an automated retail checkout system might be feasible. While his concept was deemed unworkable, Flint continued to support the idea of automated checkout throughout his career. In fact, Flint, who went on to become the vice-president of the association of food chains some 40 years later, was instrumental in the development of the UPC code.

During the 40’s, 50’s and 60’s several code formats were developed including a bull’s-eye code, numeral codes, and various other formats. Retail applications drove the early technological developments of bar coding, but industrial applications soon followed.

In 1948, a local food chain store owner approached Drexel Institute of Technology in Philadelphia asking about research into a method of automatically reading product information during checkout. Bernard Silver, a graduate student at Drexel Institute, along with fellow graduate student Norman Joseph Woodland, teamed together to develop a solution.

Woodland first proposed using ultraviolet light sensitive ink. A working prototype was built but rejected as being too unstable and expensive.

On October 20, 1949, Woodland and Silver succeeded in building a working prototype describing their invention as “article classification… through the medium of identifying patterns”. On October 7, 1952, they were granted a patent (US Patent #2,612,994) for their “Classifying Apparatus and Method”.

Efforts to develop a working system accelerated in the 1960’s.

Barcoding was first used commercially in 1966, but to make the system acceptable to the industry as a whole there would have to be some sort of industry standard. By 1970, Logicon Inc. had developed the Universal Grocery Products Identification Code (UGPIC). The first company to produce barcode equipment for retail trade using (using UGPIC) was the American company Monarch Marking (1970), and for industrial use, the British company Plessey Telecommunications (1970).

In 1972, a Kroger store in Cincinnati began using a bull’s-eye code. During that same timeframe, a committee was formed within the grocery industry to select a standard code to be used in the industry. IBM proposed a design, based upon the UGPIC work and similar to today’s UPC code. On April 3, 1973, the committee selected the UPC symbol (based on the IBM proposal) as the industry standard. The success of the system since then has spurred on the development of other coding systems. George J. Laurer is considered the inventor of U.P.C. or Uniform Product Code.

In June of 1974, the first U.P.C. scanner was installed at a Marsh’s supermarket in Troy, Ohio. The first product to have a barcode was Wrigley’s Gum.

Bars & Stripes was first introduced to the market in 1991 by Tippecanoe Systems, Inc.  Since then, Bars & Stripes has gone on to be one of the industry’s most popular barcode software applications enabling small businesses to adopt bar coding with minimal expense.

Conquer your project with a world-class partner.

Discover how you can deliver greater ROI on an accelerated timeline by partnering with Barcodes, Inc.